May 24, 2015 at the summery municipal theater of the city of Alexandroupolis with great success was held organized by the Honorary Consulate of Russia in Eastern Macedonia and Thrace, the Municipality of City and the community of compatriots "Russian House" with the support of the Consulate General of Russia in Thessaloniki, performance of the State Song and Dance Ensemble of the Republic of Tatarstan (Russia). Ambotis Foundation sponsored the concert.

Ambotis Foundation the sponsor of the event, which is dedicated to the 70th anniversary of the end of World War II

Russian cultural center of Thessaloniki, the founder of the Foundation "Russian World" in cooperation with the Society of Russian - Greek friendship, under the patronage of the Consulate General of Russian Federation, organizes for the citizens of Northern Greece gratuitous event dedicated to the 70th anniversary of the end of World War II.

The event dedicated to the Day of the Great Victory

May 11, 2015 in the Makedonia Palace Hotel Thessaloniki was organized the event which was dedicated for the 70th anniversary of the Great Victory. The celebration was organised by the commercial and industrial center of the Greek-Russian relations under the auspices of the Deputy Minister of Internal Affairs of Greece M.Kollia-Tsaruha and the Consulate General of Russia in Thessaloniki. 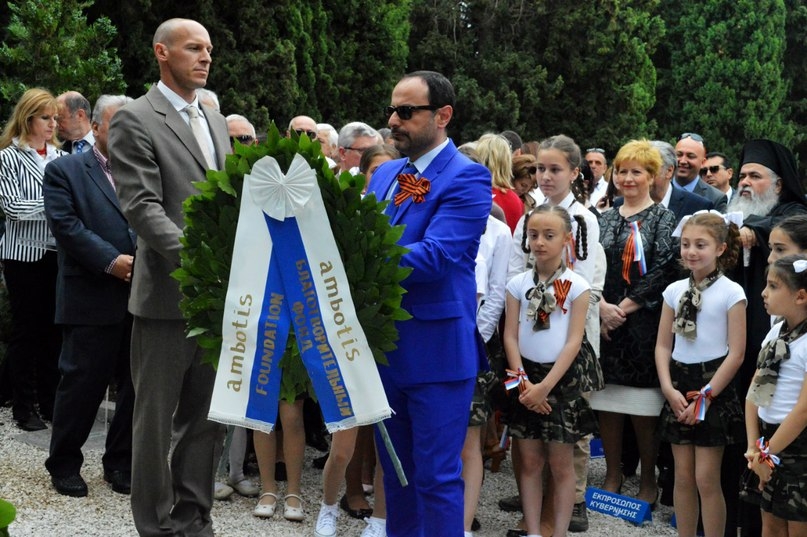 Today at 13:00 by Athens time, at the cemetery “Zeitenlik” was the ceremony of laying of wreaths at the monument to fallen Russian soldiers in the Russian section of cemetery. Ambotis Foundation and tour operator Ambotis Holidays took an active part at this event.