Home » About us » Trustees 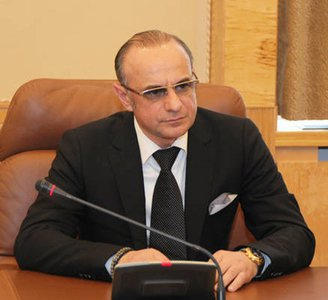 the founder and President of the Foundation, the founder of Ambotis Company

Over the years, Mr. Kourtidis has always been involved in charitable activities. To commemorate the 20th anniversary of Ambotis Tours & Services, the President has established the Youth and Children Charitable Foundation, bearing the same name as the Company. Ambotis has earned a reputation as a reliable partner and provider of the high-quality services on the international touristic market. Thus, the establishment of Ambotis Youth Foundation is a new and important stage in the company’s evolution, which can grant thousands of Russian and Greek children unforgettable summer holidays.

A surgeon, obstetrician-gynecologist and a benefactor by vocation, Kostas has dedicated his life to a noble mission of saving lives and helping fellow creatures. Today Kostas promotes the interests of the Foundation and supports it in all possible ways.